APROFORT: Virtual Round Table on Human Rights and Good Governance in Equatorial Guinea 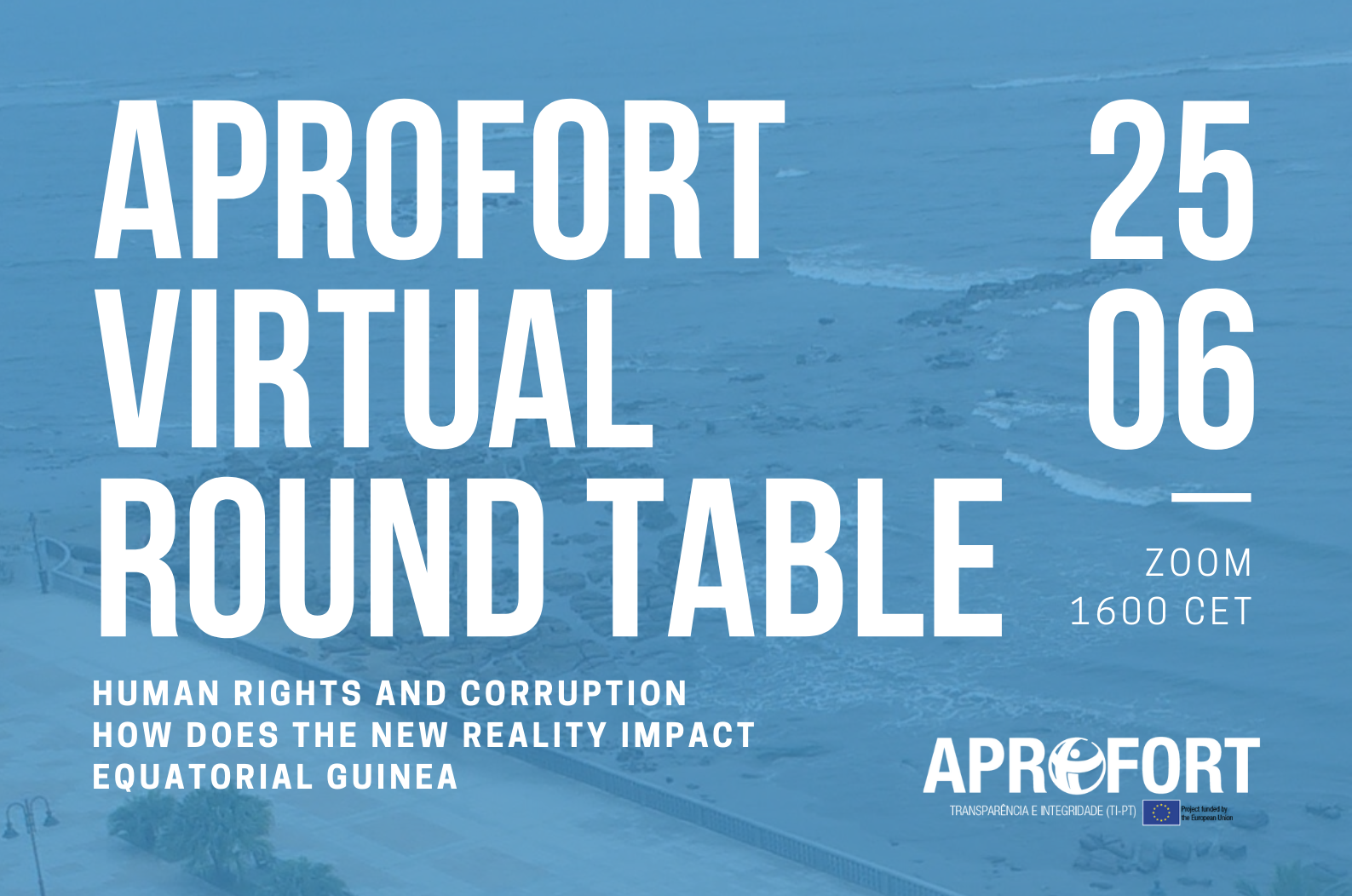 Equatorial Guinea is one of the largest oil producers in Africa for over 10 years. With a population of 1.2 millon, its development indicators have not improved, despite major development programmes according to the UNDP.

Instead, the increase in oil revenues have mirrored an increased level of corruption in scale and complexity. Corruption cases related to the vice-president alone have caused the seizure of an estimated 700 million dollars, in countries such as the US, France, South Africa, Brazil or Switzerland.

This particularly affects the citizen’s economic and social rights, such health in the new COVID19 pandemic era. Furthermore, in the context of Equatorial Guinea, the capacity to peacefully protest or hold the government accountable is limited, particularly when it comes to civil society and political parties.

In this context, the country has embarked in several international initiatives that could be palliating some of these flaws. The first one is the participation within the Community of Portuguese Language Countries (CPLP), that included the commitment to abolish the death penalty; the second one is the anticorruption plan agreed with the IMF; the third one is related to Extractives Industries Transparency Initiative (EITI), which includes demands to an increased civil society participation.

In addressing the interlinkages between corruption and human rights, the panellist will be debating the following questions:

During the conference, time will be open for questions from online participation, we kindly ask to introduce yourself with name ant title only, and ask the question and to which panellist it is addressed in 1 minute to allow more questions.

PhD in Sociology, Ana Lúcia is Assistant Professor in the Department of Political Science and Public Policy and researcher at the ISCTE-IUL Center for International Studies (CEI-IUL) where she is the deputy director. She belongs to the African research group Politics and International Relations of the European Network of African Studies (AEGIS). Her research focuses on authoritarian regimes in Africa, with emphasis on Angola and Equatorial Guinea.

Tutu Alicante is from Annobón, Equatorial Guinea. He is the Executive Director and founder of EG Justice, an NGO that works with people in Equatorial Guinea to document and accurately report instances of Human Rights violations and corruption in order to demand accountability (seek redress) for those harmed and to create an enabling environment for critical voices. Before this, Tutu worked as a legal consultant with international NGOs, promoting legal accountability and transparency.

Sarah is a researcher working on corruption and moneyed interests at Human Rights Watch. She investigates how the influence of money can skew government spending and regulation in ways that undermine human rights, including to health, clean water, and education. She has researched and written extensively on how corruption in resource-rich countries robs people of their fundamental rights, with a particular focus on Equatorial Guinea.

The main objective of APROFORT is to provide Civil society and the most vulnerable activists in Equatorial Guinea support, protection and training on reporting and advocacy on human rights and good governance, to promote and achieve the sustainable development goals. For this, the project will create a legal clinic for activists, women and girls and members of LGBTQ+ community; provide subgrants and training for local CSOs; and create a human rights and governance observatory.

The project is funded by the European Union and executed by Transparência e Integridade – Transparency International Portugal.