Foreigners may have various reasons for wanting to invest in Portugal and acquire a residence permit. They may wish to protect their assets from an unstable political and economic situation in their country of origin; they may wish to secure residence for their children so that they can benefit from a better educational system.

However, investing and placing assets abroad can also be used to launder money derived from crime or corruption, to finance terrorism or organized crime more discreetly or out of reach of the relevant authorities, or to evade taxes in their country of origin.

The Stockholm Program, a roadmap for the work of the European Union (EU) with regard to justice and security, highlights the need for cooperation among member states in controlling the access of non-EU citizens to Europe, in order to combat cross-border crime.

Portugal has had a Golden Visa Program (Residence Permit for Investment Activity) since 2012. The program was created to attract investment, but has already led to a court case involving António Figueiredo, ex-president of the Institute of Notaries; Miguel Macedo, former Minister of Internal Affairs; Maria Antonia Anes, ex-General Secretary of the Ministry of Justice; Manuel Palos, ex-Director of the Immigration Service, and Chinese businessman Zhu Xiaodong.

This case is just one example of the risks of corruption commonly associated with the Golden Visa program: money laundering, the financing of organized crime or terrorism, and tax evasion. 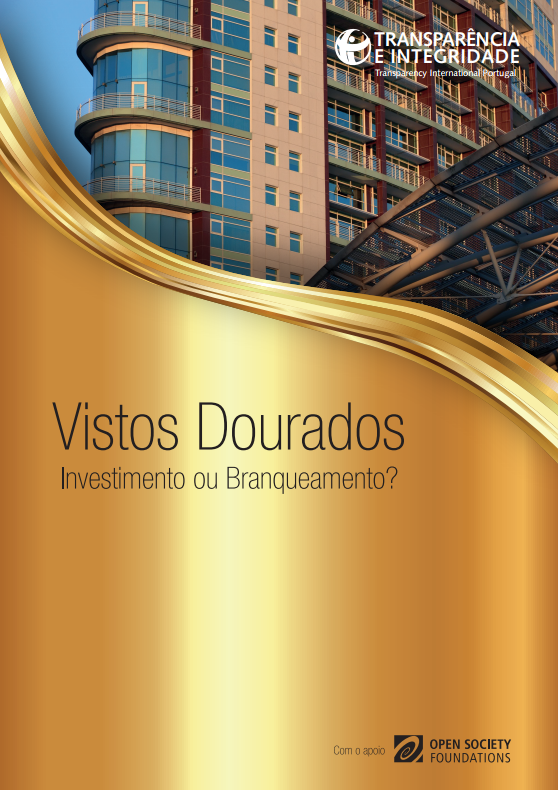 The Portuguese Residence Permit for Investment (ARI/Golden Visa) was launched in October 2012.

Since then, over 15,200 individuals and their families were granted residence permits in Portugal and full access to the Schengen area, representing 4% of the total number of immigrants living in Portugal.

The Immigration and Borders Service (SEF) says it has generated more than 3,5 billion euros, but the truth is the program did not have the expected impact on the Portuguese economy.